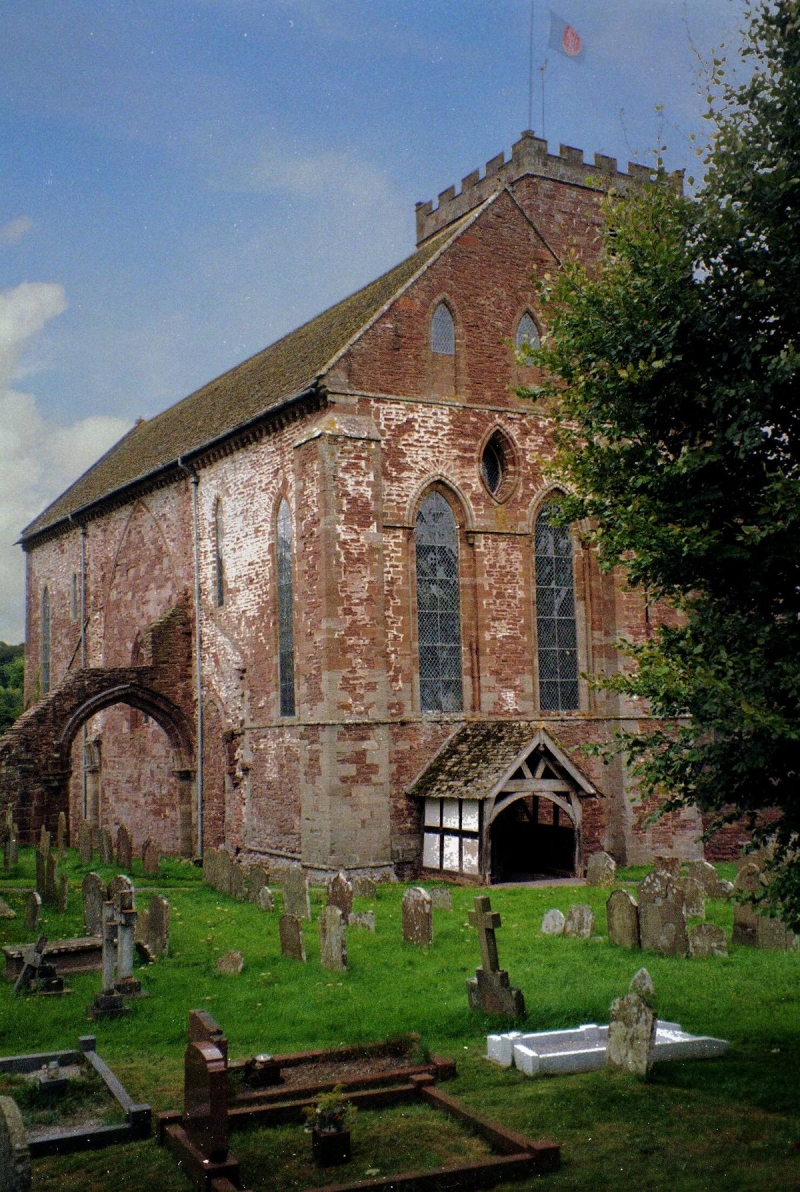 Dore's position on a marginal site in the Welsh marches reflects the
ideology and aspirations recorded in statutes and histories of the mid-12th
century Cistercian order. Comparison between the written record and the
physical remains will contribute to a wider understanding of an order at its
zenith.
Although Cistercian monasteries conformed in general to a standard
architectural plan and the monks lived by a strict code of statutes governing
many aspects of their lives, the architecture of individual houses developed
over the centuries of their occupation. The part excavations of Roland
Paul have confirmed that whilst Dore conformed to the general Cistercian plan,
it also retained its own individual elements of style and design. The
octagonal chapter house and other architectural details suggest an influence
from the West Country school of builders, those involved in the construction
of the great religious buildings such as Wells Cathedral and Glastonbury
Abbey.
Dore Abbey is the only Cistercian house in England founded directly from the
great Cistercian House of Morimond, the fifth senior house of the order, whose
daughter houses lay largely in central and eastern Europe. The buildings at
Dore will provide insight into both the influence of local non-Cistercian
trends in architecture and of the great European monasteries within the
traditions of English Cistercian building and decoration.
The remarkable survival of the east end of the monastic church, now the parish
church, is the only occurrence of a Cistercian church still in ecclesiastical
use in England. The work of the 19th century restorers is remarkably well
understood, and the records of Roland Paul provide an opportunity to study
the development of a monastic building over 900 years. Traces of painted
plaster work discovered within the church have already provided one of the
more detailed insights into the decorative schemes within a Cistercian church,
similar survivals upon buried architectural fragments would further enhance
our knowledge.
The survival of the monastic cemetery will be expected to provide a rare
opportunity to examine the skeletal remains of a discrete medieval community
providing insight into living conditions, diet, health and funerary practices.
The low lying, damp position of the mill, leats and fishponds would suggest a
good level of survival of organic remains within the monastic precinct. This
environmental evidence will provide information about the natural and climatic
environment and also the economic development of the house.