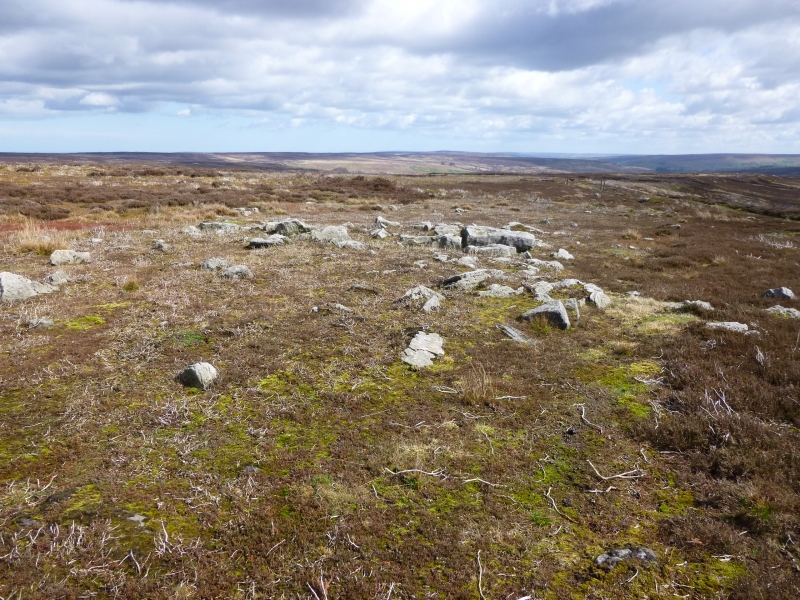 The monument includes a round barrow situated on the east flank of Commondale
Moor in the northern area of the North York Moors.
The barrow has an earth and stone mound standing 0.75m high. It is round in
shape and 6m in diameter. It was originally surrounded by a kerb of stones
which defined the barrow and supported the mound. However, none of these
stones are now visible as they have been taken away or been buried by soil
slipping from the mound. In the centre of the mound is a hollow created when
the mound was excavated in the past.
The barrow lies in an area rich in prehistoric monuments, including further
barrows, field systems and clearance cairns.