A Scheduled Monument in Silsden, Bradford 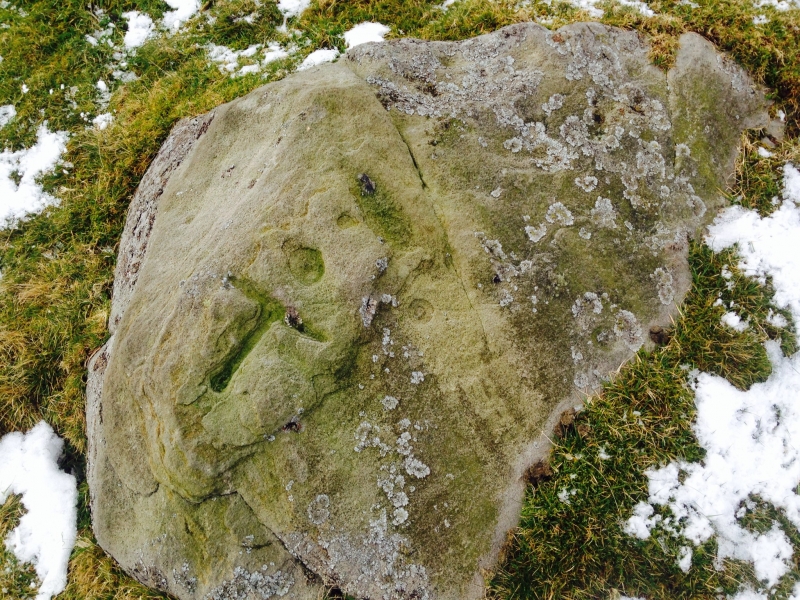 The monument includes a carved gritstone rock, partly covered in vegetation.
The visible part measures 1.4m x 1m x 0.4m. It is situated on Bradley Moor,
west of Low Edge Farm, 30m north of the derelict wall, and 118m east along the
wall from the stile near the farm. An accurate National Grid Reference is SE
02400 49997.
The carving consists of at least six cups, and a ring around a natural
cup-like hollow.

The carving on this rock survives well and forms an important part of the
prehistoric landscape of the Skipton area. This example is amongst a group of
outliers from the main concentration of carved rocks on Rombalds Moor, further
to the south east.