A Scheduled Monument in Thorne, Doncaster 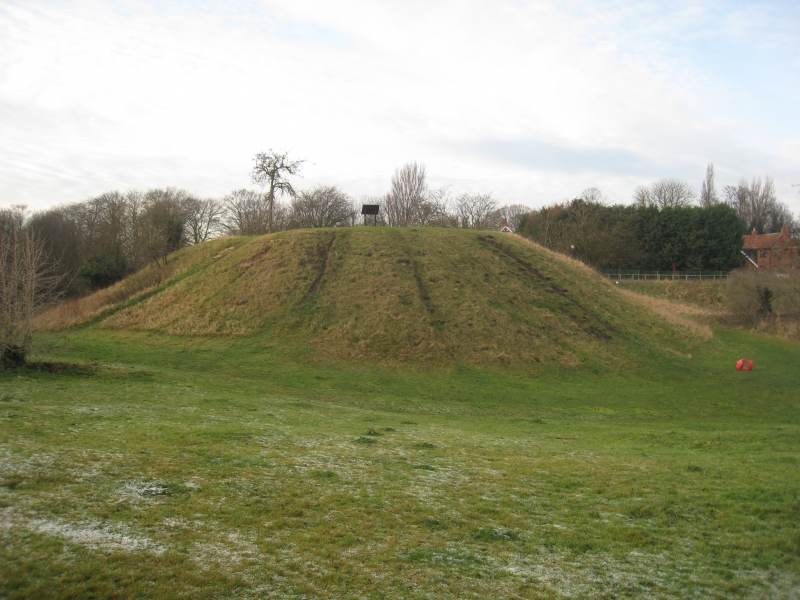 The monument consists of a very well-preserved motte c.8m high and over 15m
wide at the summit. It is surrounded by a deep, steep-sided ditch but is now
enclosed by roads and modern building such that no sign of any outer rampart
remains. A bailey is believed to have lain to the south where, according to
seventeenth century documentary references, important medieval buildings
stood. This area is not, however, included in the scheduling as the precise
location of these buildings is uncertain. According to Leland (1534), a motte
tower still stood in the sixteenth century and was used as a jail. By 1829,
however, when Casson was writing, this had been demolished and only
foundations survived. Casson's description of the remains indicates that the
castle was a smaller version of the nearby great keep at Conisbrough. Like
Conisbrough, Peel Hill motte and bailey castle was held by the de Warennes
and is one of a group of such castles commanding the Don Valley.
All modern features, including benches, bins, walls, fencing, the surface of
paths and hardstands, and growing shrubs and trees are excluded from the
scheduling but the ground underneath is included.

Whilst the bailey at the Peel Hill site has now been obscured, the motte
remains well-preserved. Limited excavations on the summit have demonstrated
that building foundations of the stone castle survive there well. Its
association with nearby Conisbrough Castle, and others of the important
group commanding the Don Valley, is of particular note.