A Scheduled Monument in Borrowdale, Cumbria 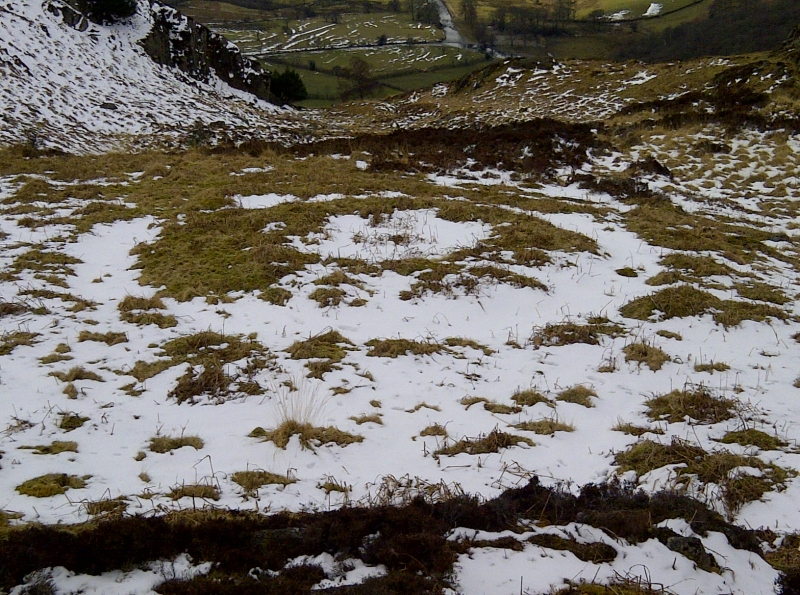 The scheduling includes a bowl barrow with a surrounding ditch located towards
the edge of a gently sloping plateau on the western side of Brund Fell. It
includes a circular mound measuring c.8m in diameter and up to 0.5m high which
is surrounded by a ditch measuring c.2m wide and 0.4m-0.7m deep. On the
barrow's summit there is a shallow depression suggesting an unrecorded
antiquarian investigation of part of the monument.

Despite minor surface disturbance to part of the monument's summit, the bowl
barrow on Brund Fell survives reasonably well. It will contain undisturbed
archaeological deposits within the mound and upon the old landsurface beneath.