A Scheduled Monument in Prudhoe, Northumberland 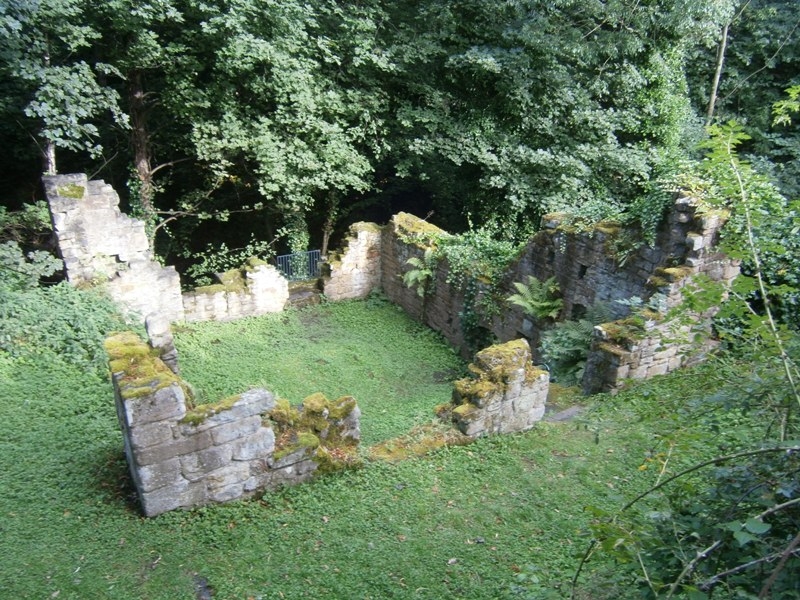 The castle at Prudhoe is a tower keep castle and includes two baileys or
courtyards, containing the keep and numerous other medieval buildings, a
gatehouse, barbican and curtain wall, and the castle's outer defences which
incorporate two ditches on the south and west sides. A medieval bridge outside
the outer defences and to the east of the main gatehouse is also included. The
earliest upstanding feature of the stone castle is the lower part of the
gatehouse. This dates to the early 12th century and indicates that the
castle's inner defences, which would initially have comprised a timber
palisade, had begun to be replaced in stone by c.1100.
The massive curtain wall built at this time is over 1.5m thick and nearly 8m
high. It includes a wall walk from which the castle could be patrolled and
defended, a projecting tower on the east side, and semi-circular bastions at
the north-west and south-west corners. The remains of arrow loops and a number
of small mural chambers can also be seen, the latter including a garderobe or
latrine on the south side. The lower part of the gatehouse incorporates a
single round-arched passageway and would originally have been approached by a
timber bridge across the defensive ditch on the south side of the monument. In
the 14th century, the bridge was replaced by a narrow stone barbican
incorporating a drawbridge and flanked by crenellated walls equipped with wall
walks. Prior to this, probably in the 13th century, the upper storeys of
the gatehouse were rebuilt. On the first floor was a chapel and, on the second
floor, a guardroom. A crenellated fighting platform existed at roof level.
Within the castle, in the bailey west of the gatehouse, stood the keep. The
original timber structure was replaced by a stone tower keep in the mid- to
late-12th century. Much of the upper part of this building no longer
survives, but enough remains to show that it was originally two-storeyed and
that a third storey was added later. A forebuilding lay on the west side and
is now partially incorporated in the late-Georgian manor house, built within
the castle in the early 19th century. The forebuilding linked the ground
floor of the keep to a range of service buildings that formerly stood on the
site of the manor house, and also contained the spiral stair that provided
access to the roof and upper floors of the keep. The ground floor, or
undercroft, would have been used for storage while the upper floors would have
contained the private apartments of the lords of Prudhoe Castle and possibly
also a guardroom. Prior to the construction of the tower keep, both the lord's
private and public chambers would have been included within the hall, recently
discovered by excavation to have stood against the north curtain in the
eastern bailey of the castle. The hall was a rectangular building of two
storeys, the ground floor undercroft being used for storage and the first
floor including a large communal chamber in addition to the smaller, private
solar. The building may have retained its public functions after the tower
keep was built. East of it, following the east curtain wall, the remains of a
number of service buildings have been found including a kitchen and a
brewhouse, the latter below the east tower. Additional service buildings would
have existed all round the inside of the curtain wall and would have included,
for example, a bakehouse, lodgings for servants and men-at-arms, a guesthouse,
stabling and workshops. On the right of the gatehouse are the remains of the
castle mill and, on the left, the pond which fed it. The medieval buildings
along the west curtain wall have been replaced by a range of 19th century
outbuildings, but the earlier remains will survive underneath.
The castle was built by the barons of Prudhoe, the de Umfravilles. It
commanded the middle stretch of the Tyne valley and controlled one of the
principal north-south routes across the river, making it an obstacle to
Scottish armies invading England. In addition to its formidable stone
fortifications, the castle relied for its defence on its position on a
steep-sided natural mound. These were supplemented by deep ditches on the
weaker south and west sides. Its strength was such that it successfully
withstood the besieging army of King William of Scotland in both 1173 and
1174. In 1381, the castle passed by marriage to the earls of Northumberland,
the Percys, and is still owned by the Percy family. It has been in State care
since 1966 and, together with the later manor house, is a Grade I Listed
Building.
Excluded from the scheduling are all English Heritage fixtures and fittings,
the modern surfaces of the barbican and baileys, and the 19th century manor
house and outbuildings, but the ground underneath these features is included,
together with the medieval structures incorporated within the excluded
buildings, namely the west curtain wall and the forebuilding of the keep.

Prudhoe Castle is a well preserved and typical example of a small, powerful
Border castle of the tower keep variety. Its importance lies not only in the
good state of preservation of its standing remains, in particular its curtain
walls which largely survive to their full height, but also in a number of rare
architectural details and wide range of ancillary features which survive both
as upstanding and buried features within its two baileys. Equally important
are its associations with the de Umfravilles and the Percys, two of the most
important families in English medieval history.