A Scheduled Monument in Warwick, Warwickshire 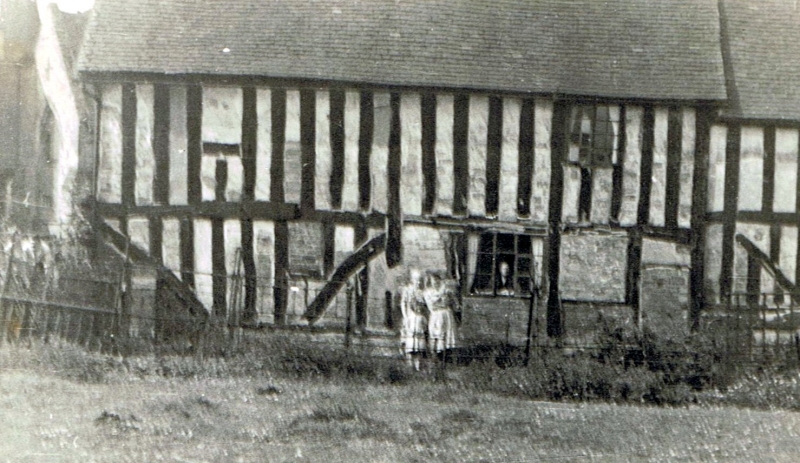 This monument includes the below ground remains of a leper hospital, chapel,
and cemetery, located outside the medieval settlement of Warwick. The present
focus of the hospital complex is formed by the upstanding chapel, a single
cell stone building of 15th century date, and a late 15th or early 16th
century timber-framed building, known as the Master's House, situated to the
north of the chapel. Although partially rebuilt, the buildings are
contemporary with the later medieval development of the site. The standing
buildings are considered to overlie the remains of earlier medieval hospital
buildings which extend across the whole of the site. These include an earlier
chapel, the infirmary and the cemetery which coexisted on the site.
Hospital records show that the church of St.Michael was founded by Roger, Earl
of Warwick in 1135. The first actual reference to the leper hospital is in
1275, but by 1540 it was said to be `much in ruin' . By 1545 it was leased to
a layman, Richard Fisher, who distributed alms to the poor and gave lodging to
four poor men. The last priest recorded as warden took office in 1557. The
chapel and Master's house were converted to cottages in the 17th-18th
centuries.
Today the site is in private ownership. The chapel and the Master's House are
both listed Grade II* and are excluded from the scheduling, although the
ground beneath both of them, which is believed to contain evidence of
structures relating to the earlier development of the hospital, is included.

A medieval hospital is a group of buildings which housed a religious or
secular institution which provided more spiritual than medical care. The
leper house was a segregated settlement set up for those suffering from
leprosy and other related diseases. The first definite foundations for
medieval hospitals were by Anglo-Norman bishops and queens in the 11th
century. Leper houses form a distinct type among medieval hospitals being
settlements that provided a sufferer with permanent isolation from society.
Their function was segregation rather than medical care. The first
foundations were in the 11th century although most houses were founded in the
12th and 13th centuries. Between the 14th to 16th centuries only 17 houses
were founded, perhaps reflecting the gradual disappearance of leprosy.
Probably about half of the medieval hospitals were suppressed by 1539 as part
of the Dissolution of the monasteries. The smaller institutions survived
until 1547, when Edward VI dissolved all chantries.
St Michael's is one of three known examples of leper hospitals in the county.
The site has a long history of use documented from the 12th century onwards
and includes 15th century standing buildings associated with the hospital. As
such, it offers an important survival of a multi-phase medieval site
unaffected by modern development. The existence of this extra-mural hospital
also provides a significant insight into the relationship between urban
communities and special institutions as well as attitudes towards disease in
the medieval period.

Books and journals
The Priest's or Master's House of the Former Leper Hospital, (1988)
Page, W, The Victoria History of the County of Warwickshire, (1908)
Other
Gilchrist, R., MPP Single Monument Class Description - Hospitals, (1988)