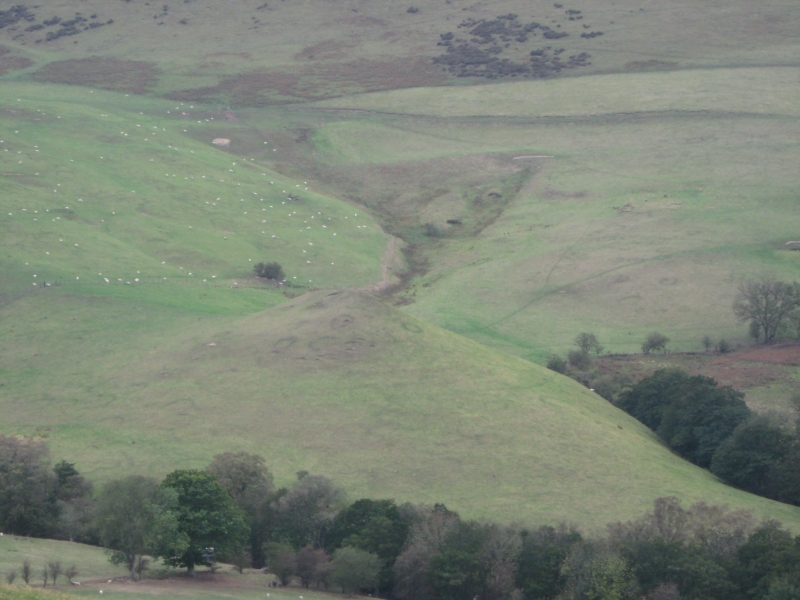 The monument includes a small bowl barrow situated on the top of a west to
east spur below the summit of Caer Caradoc Hill. The barrow mound is well
defined, circular in plan with a diameter of 9m and stands up to 0.8m high.
The top of the mound has been disturbed creating an irregular shaped hollow
0.2m deep. The fabric of the mound, where it is exposed in this disturbance,
shows it to be of earth and stone construction. The surrounding ditch, from
which the material for the mound would have been quarried, remains visible
around the southern half of the barrow where it is 2.5m wide and 0.1m deep.
Though no longer visible around the northern half of the barrow it will
survive here as a buried feature of similar proportions.

Despite some limited disturbance of its central area, the barrow on Robin's
Tump survives well and is a good example of its class. It will retain primary
archaeological material and environmental evidence sealed beneath the mound
and in the ditch fill. It is one of several monuments of a similar age in the
area and, as such, contributes information relating to the intensity of
settlement, nature of land use, burial practices and social structure of the
prehistoric community occupying this area of upland during the Bronze Age.