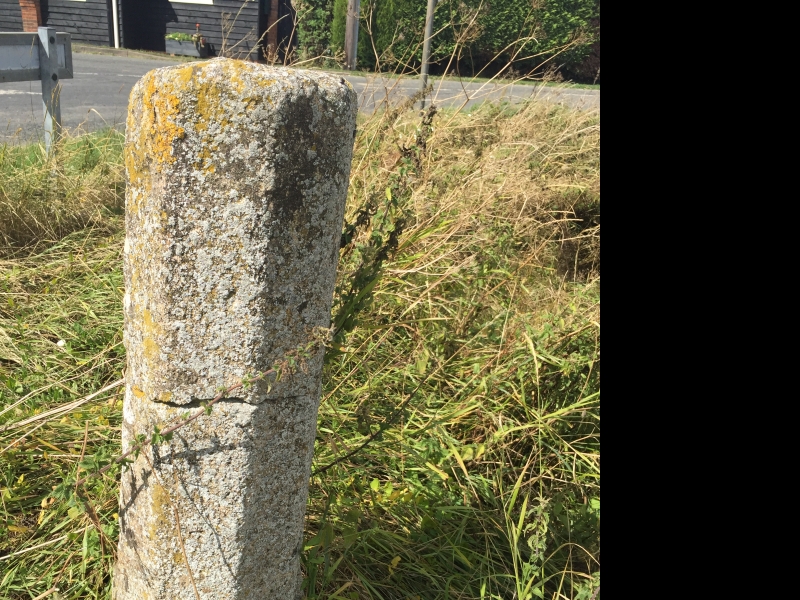 The monument includes a standing stone cross located at Manor Hill Corner. The
cross stands on a grass verge on the north east side of a road junction at the
southern end of the Master Dike, a drainage channel which runs along the
parish boundary between Tydd St Mary and Sutton St James. The cross is
medieval in date and is constructed of limestone. The monument includes the
base, comprising a socket stone, and part of the shaft.

The socket stone is constructed from a single limestone block of rectangular
section. On the north side it stands up to 0.28m above the ground surface,
which slopes down towards the Master Dike; on the south side it is partially
buried, the top of the stone lying approximately level with the ground surface
of the roadside verge. The upper edge of the stone is chamfered. Set into the
centre of the socket stone is a shaft fragment, nearly square in section at
the base rising through moulded and chamfered corners in tapering octagonal
section to a height of 1.1m. The cross is Listed Grade II.

The medieval boundary cross at Manor Hill Corner, Tydd St Mary, is a good
example of a standing boundary cross with a quadrangular base and octagonal
shaft. Situated at the former south eastern corner of the parish of Sutton St
James it is believed to stand in or near its original position. Limited
disturbance of the area immediately surrounding the cross indicates that
archaeological deposits relating to the monument's construction and use are
likely to survive intact. The cross has been little altered in modern times
and has continued in use as a landmark from medieval times to the present day.