Bowl barrow 1200m ENE of Crow Hall: one of a group of round barrows on Harpley Common

A Scheduled Monument in Flitcham with Appleton, Norfolk 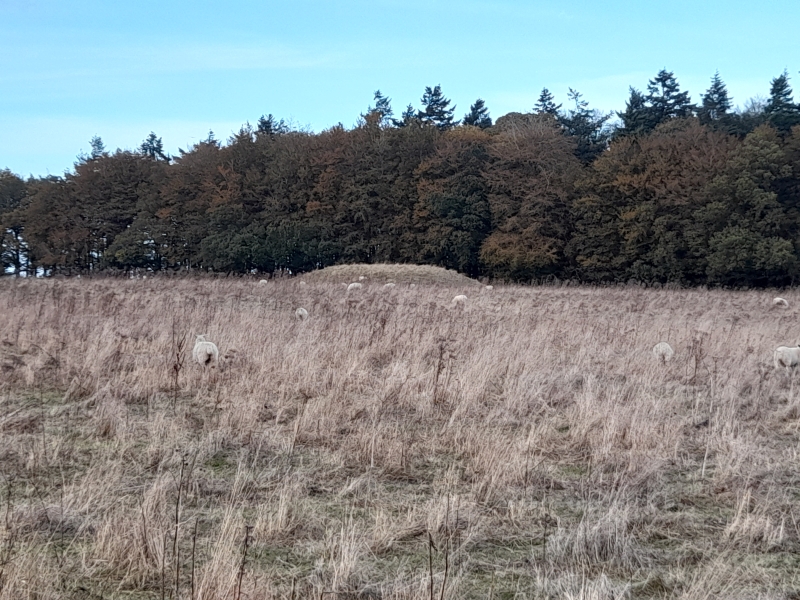 Entry Name: Bowl barrow 1200m ENE of Crow Hall: one of a group of round barrows on Harpley Common

The monument includes a bowl barrow which is one of a dispersed group of round
barrows, sited on a broad ridge at the western edge of the Good Sands upland
region of north west Norfolk. The barrow stands 600m east of Peddars Way and
is visible as an earthen mound c.1m high and covering a circular area c.16m in
diameter. It is considered probable that the mound is encircled by a ditch
which has become infilled but which will survive as a buried feature. A
limited investigation of the mound was carried out in 1843 by F C Lukis.

The barrow group as a whole is aligned on a north west-south east axis over
a distance of c.2.6km.

The bowl barrow 1200m ENE of Crow Hall is part of one of the principal barrow
groups surviving in north west Norfolk, and will retain archaeological
information which has additional interest in this context. The scale of the
disturbance caused by limited investigation of the mound in the past is small
in relation to the monument as a whole, and evidence for the construction of
the barrow, for the manner and duration of its use, and for the local
environment at that time, will be contained in the mound, in the soil buried
beneath the mound and in the fill of a buried ditch. The barrow group as a
whole is of wider importance for the study of the character and development of
the prehistoric population of the area.