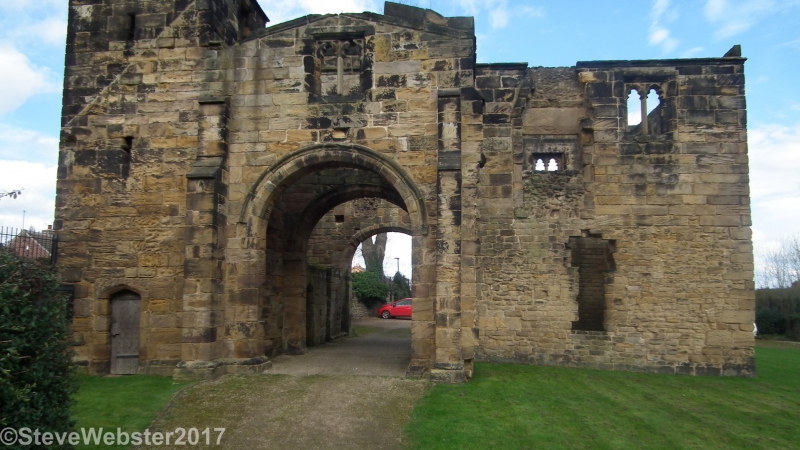 From the time of St Augustine's mission to re-establish Christianity in AD 597
to the reign of Henry VIII, monasticism formed an important facet of both
religious and secular life in the British Isles. Settlements of religious
communities, including monasteries, were built to house communities of monks,
canons (priests), and sometimes lay-brothers, living a common life of
religious observance under some form of systematic discipline. It is estimated
from documentary evidence that over 700 monasteries were founded in England.
These ranged in size from major communities with several hundred members to
tiny establishments with a handful of brethren. They belonged to a wide
variety of different religious orders, each with its own philosophy. As a
result, they vary considerably in the detail of their appearance and layout,
although all possess the basic elements of church, domestic accommodation for
the community, and work buildings. Monasteries were inextricably woven into
the fabric of medieval society, acting not only as centres of worship,
learning and charity, but also, because of the vast landholdings of some
orders, as centres of immense wealth and political influence. They were
established in all parts of England, some in towns and others in the remotest
of areas. Many monasteries acted as the foci of wide networks including parish
churches, almshouses, hospitals, farming estates and tenant villages. The
Cluniac order had its origins in the monastic reformations which swept across
continental Europe in the tenth century. The reformations which occurred were
partly a response to the impact of Viking raids and attacks on established
monastic sites in the preceding century but were also a reaction against the
corruption and excesses which were increasingly noted amongst earlier
establishments. The Cluniacs were amongst the most successful of the new
reformed orders that developed. The founding house of Cluny in south-east
France was established in AD 910. Here the community obeyed a stringent set of
rules which, amongst other things, involved celibacy, communal living and
abstention from eating meat. The ideals of the Cluniac reformers passed on to
England in the tenth century. Influential Cluniac houses had been established
in England by 1077. Once established, Cluniac houses were notable for the
strong links they maintained both with the founding house of Cluny in France
and also with other houses of their order. Most Cluniac houses in England were
established near major towns and they particularly sought locations in valley
bottoms within the protection of a nearby castle. Cluniac monasteries are
notable for highly decorated, elaborate buildings. Cluniac houses are
relatively rare, with some forty-four houses known in England, and all
examples exhibiting good survival of archaeological remains are worthy of
protection.

Monk Bretton is important for its well-preserved upstanding remains which,
together with extensive documentary and archaeological evidence, demonstrate a
continual programme of building and alteration which lasted from the twelfth
to the seventeenth centuries. The diversity of the features found at the
priory provides an important insight into Cluniac and Benedictine monasticism
and the effects of the Dissolution. Additional remains will survive in situ in
the unexcavated areas of the precinct and will include organic material in the
waterlogged deposits of the fishponds.