A Scheduled Monument in Blore with Swinscoe, Staffordshire 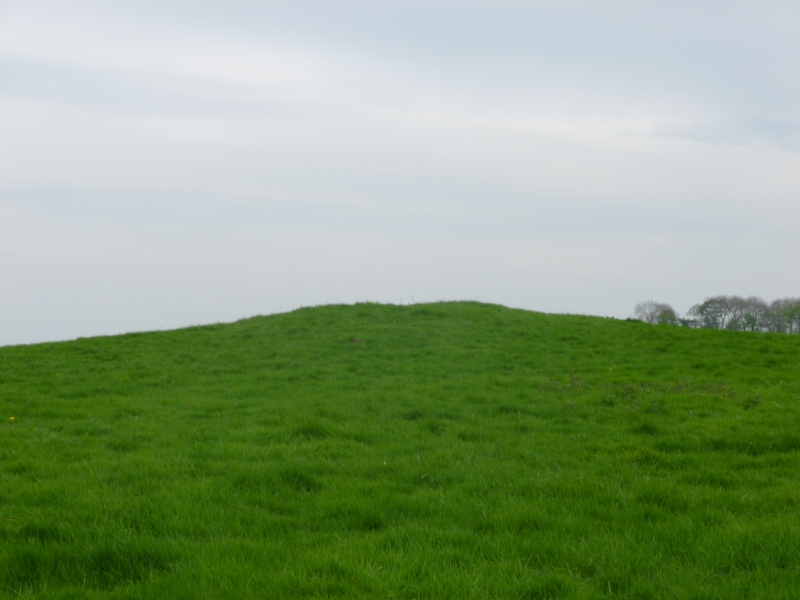 The monument includes Top Low bowl barrow located at the north-east end of a
broad ridge-top plateau with land sloping steeply down to the north and east.
It survives as a slightly mutilated oval mound of stone and earth up to 1m
high with maximum dimensions of 22m by 20m. A shallow central pit measuring
5m by 2m and 0.2m deep is a legacy of past investigation of the barrow. A
second, smaller, shallow pit of the same origin lies towards the southern end
of the barrow's centre. This limited antiquarian investigation of the barrow
located a variety of archaeological remains including 2 rock-cut graves, 2
cists, 6 inhumations, an animal inhumation, a cremation, pottery, artefacts of
bronze, flint and bone, antler tine and a human skull. Further limited
excavation occurred in 1927 when Pape re-dug some of the previously
investigated area and located disturbed inhumations, flints, pottery and
fragments of a polished axe.

Despite minor plough damage to the barrow's edges and limited 19th and 20th
century investigation at the centre of the mound, Top Low bowl barrow survives
reasonably well. These investigations located human and faunal remains and
artifacts, and further evidence of interments and grave goods will exist
within the mound and upon the old landsurface.