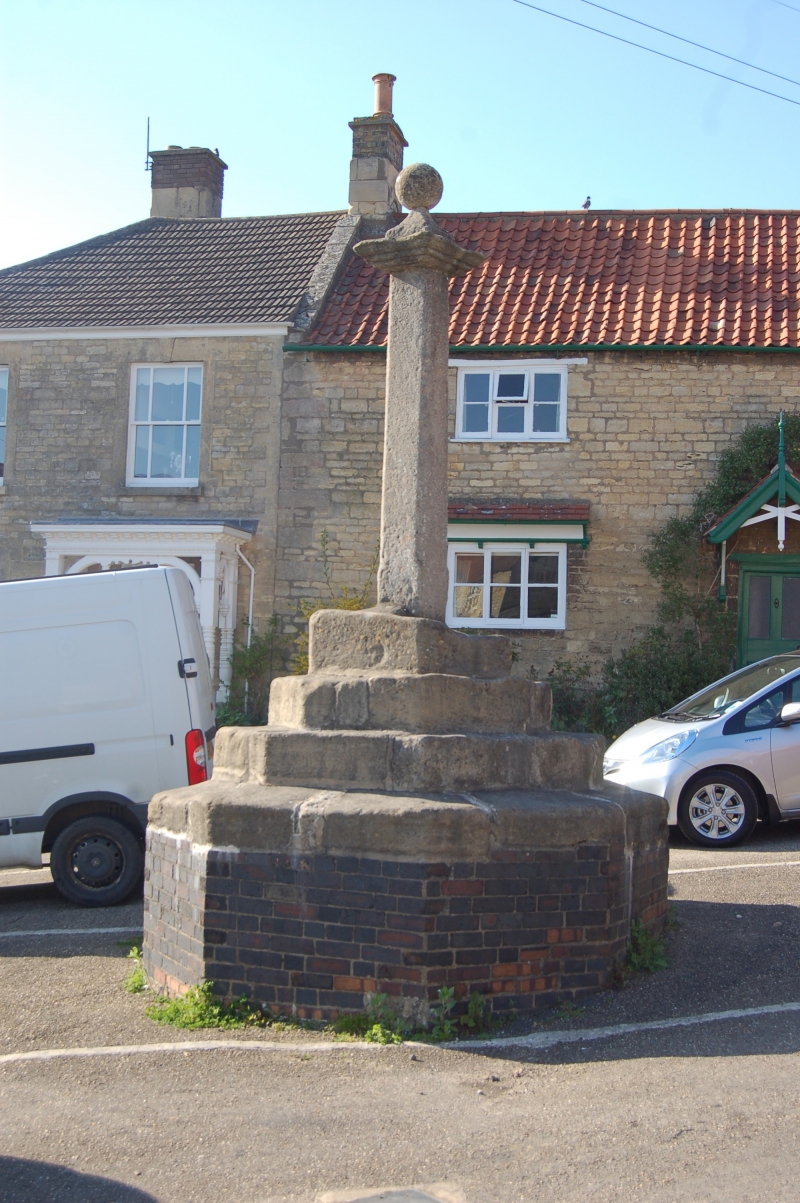 The base includes three steps, all octagonal in plan and constructed of worn
slabs of limestone. The lowest step rests on coursed blue brick and reaches a
maximum height of 1.12m above the sloping ground surface. The second and third
steps are about 0.28m high. All the steps are medieval in date, with later
repair represented by iron clamps; the brick coursing is a 19th century
addition. On the upper step rests the socket-stone, a plain limestone slab of
square section with chamfered corners. Set into the socket-stone is the shaft,
which is square in section at the base rising over 1.95m through chamfered
corners in slightly tapering octagonal section. Both the socket-stone and
shaft are believed to be medieval. The shaft terminates in a moulded and
chamfered knop of square section. Above is the head, composed of a short
pedestal of square section, similiar in width to the shaft, topped by a stone
ball. The knop and head are believed to be late 17th century in date. The full
height of the cross is about 3.5m.

The monument includes a 1m margin around the cross which is essential for the
monument's support and preservation. The modern paving immediately surrounding
the cross is excluded from the scheduling although the ground beneath it is
included.

This cross is Listed Grade II.

Corby Glen market cross is a good example of a medieval standing cross with a
stepped base. Situated in the former market-place it is believed to stand in
or near its original position. The limited development of the area immediately
surrounding the cross indicates that archaeological deposits relating to the
monument's construction and use in this location are likely to survive intact.
While the steps, socket-stone and shaft have survived from medieval times, the
restoration of the cross in the post-medieval period has resulted in its
continued function as a public monument and amenity.