A Scheduled Monument in Hope, Derbyshire 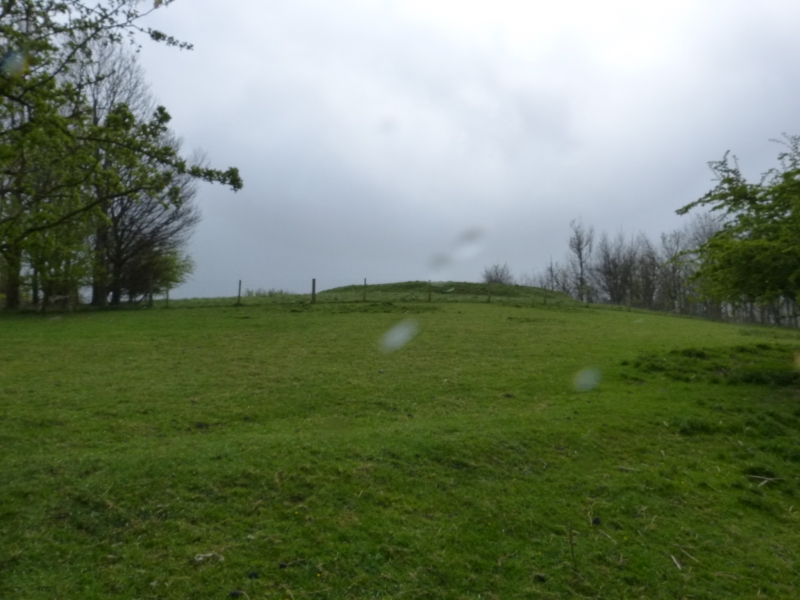 The monument known as The Folly or Folly Ring is a type of platform cairn
including a sub-circular, flat-topped mound with a diameter of 25.5m by 21.5m.
It is c.1m high and steep sided, and has a hilltop location which overlooks
the Hope Valley in the northern gritstone moorlands of Derbyshire. No recorded
excavation of the monument has been carried out, but Evans, writing in 1912,
records the discovery of a polished stone axe though it is not known precisely
in what context it was found. Platform cairns generally date to the Early
Bronze Age but the axe may date The Folly somewhat earlier, to the Neolithic
period. The post and wire fencing that crosses the monument is excluded from
the scheduling although the ground underneath is included.

Platform cairns are funerary monuments covering single or multiple burials and
dating to the Early Bronze Age (c.2000-1600BC). They were constructed as low
flat-topped mounds of stone rubble up to 40m in external diameter. Some
examples have other features, including peripheral banks and internal mounds
constructed on the platform. A kerb of edge-set stones sometimes bounds the
edges of the platform, bank or mound, or all three. Platform cairns occur as
isolated monuments, in small groups or in cairn cemeteries. In the latter
instances they are normally found alongside cairns of other types. Although no
precise figure is available, current evidence indicates that there are under
250 known examples of this class of monument nationally. As a rare monument
type, exhibiting considerable variation in form, surviving examples are
considered worthy of preservation. The Folly platform cairn is a large and
well-preserved example and lies outside the main distribution area. It is
an unusual form of barrow for the Peak District and is believed to be intact.