A Scheduled Monument in Paull, East Riding of Yorkshire 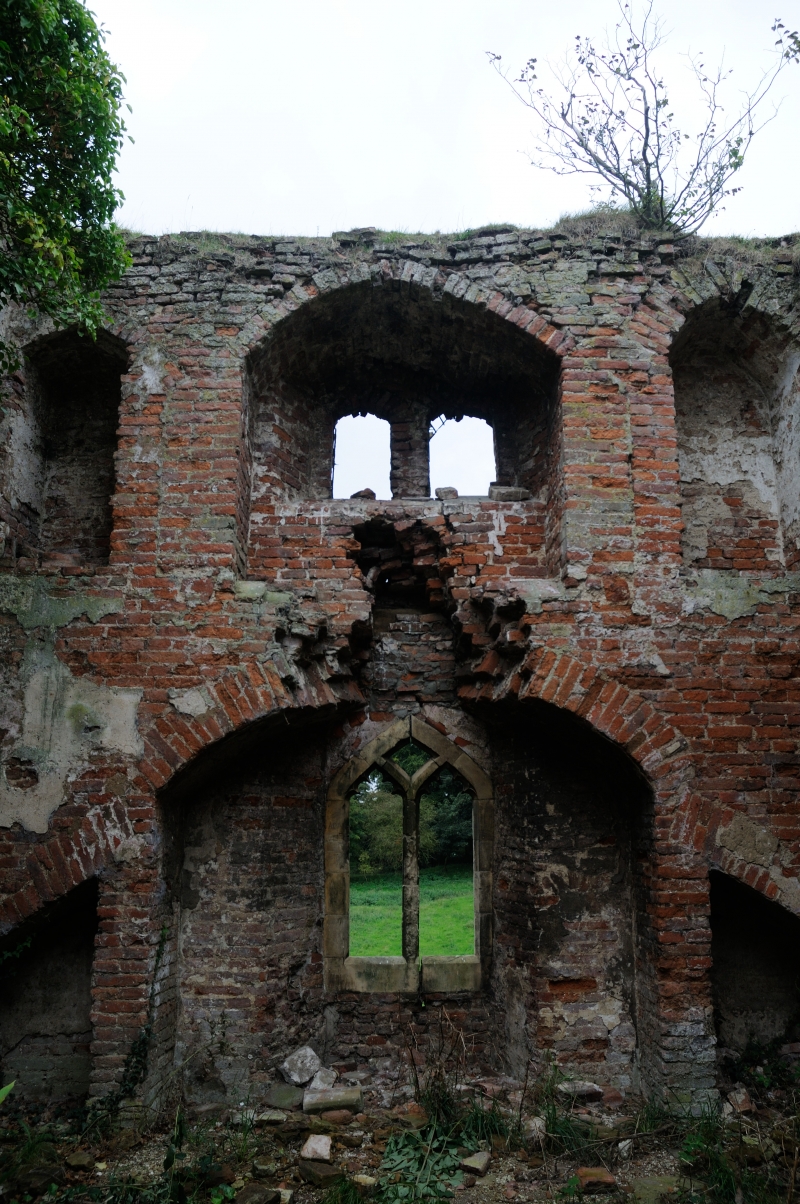 The monument is the site of the medieval moated manor of Paull Holme. It
includes a dry rectangular moat surrounding a raised island measuring
190 metres north to south and 100 metres east to west. Three arms of the moat
are visible, the northern, eastern and southern. The southern arm has, however
been re-dug and incorporated within later field drains which are still in use.
The western arm of the moat has been completely infilled. The island
appears, from 19th century maps, to have been sub-divided by a ditch which ran
from east to west across the site; this feature has also been infilled. To
the north of this feature, earthworks visible on the island are the remains of
a medieval manor house which formerly occupied the site. A brick tower also
occupies this side of the moated site. It is late 15th century in date, and
has a tunnel-vaulted basement with two upper storeys above. The tower is in a
ruinous condition and is roofless.
The tower is a Grade I listed building.
The manor was the home of the Holme family. The brick tower was an element of
a brick house built during the 15th century. This house continued in use until
the 19th century, when it was robbed to provide building materials for new
buildings away from the moated site. In 1871 the tower was converted into a
gazebo by Colonel Bryn Holme. Since 1900 the tower has fallen into ruin.

Despite limited in-filling and re-use of the moat, this site survives
reasonably well and will retain significant archaeological remains of
buildings which originally occupied the island. The later brick tower is also
an important survival and other buried remains of the brick house, of which it
was an element, will exist on the island.