A Scheduled Monument in Allendale, Northumberland 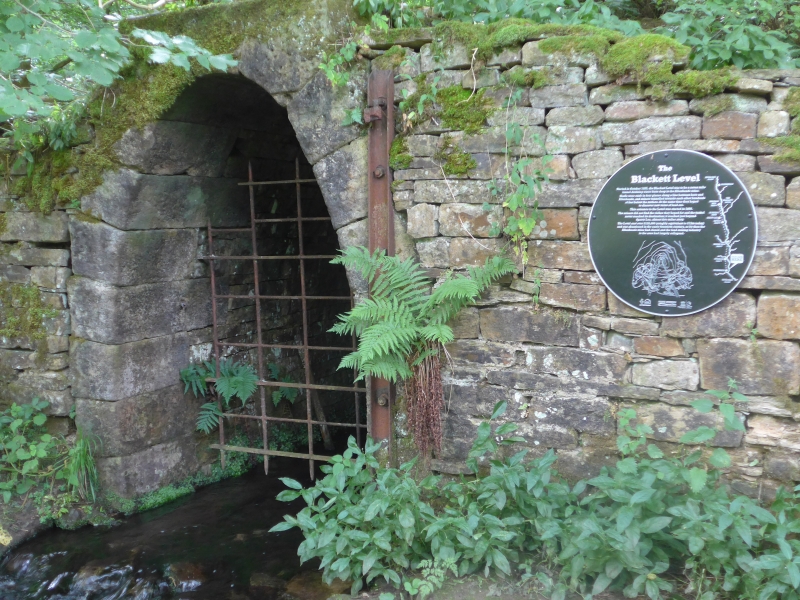 This record was the subject of a minor enhancement on 2 June 2016. This record has been generated from an "old county number" (OCN) scheduling record. These are monuments that were not reviewed under the Monuments Protection Programme and are some of our oldest designation records.

The monument includes the remains of an adit portal for a drainage level for lead mines in the East Allendale Valley of late 19th century date, situated at the confluence of the River East Allen and Philipburn Dean. The scheduled part of the level includes the portal which accommodated the outflow of water into the river. The portal is built from coursed stone blocks with the entrance consisting of a narrow horseshoe arch with dressed stone voussoirs set in a squared rubble wall. There is an iron girder bolted to the right jamb which is part of the fittings for the original iron gate. The mouth of the portal is covered by an iron grille which is a 20th century addition and is excluded from the scheduling, however, the remaining structure of the portal is covered.

Construction began on the level in 1854 and it continued to be worked on and extended until 1903 by which time 4.5 miles of the intended 7.5 miles had been completed. The level drained a number of mines and continues to do so, although the mines are now disused.

The Blackett Level Portal is a listed building Grade II

Adits, also known as levels, are a prominent type of field monument produced by the surface workings of underground mining. Most adits are rock-cut, but sometimes possess built portals or arched entrances. They take the form of horizontal tunnels excavated into a hillside to give entrance to a mine for access to working surfaces, haulage of mined material, and/or drainage. Occasionally, drainage adits were developed at coal mines in order to provide access for coal transportation using tub-boats and the visible site feature is that of the entrance or boat-level. Deep, horizontal drainage adits, known as soughs, were often used solely for drainage (and sometimes exploration) and generally have their own distinct identity and history, being particularly characteristic of the Derbyshire lead orefield where topography favoured such a method. Soughs date from the 17th century onwards and were often driven and operated by a separate company, usually serving a number of lead mines. A sample of the better preserved adits, illustrating the regional and chronological range of this nationally common class of monument, is considered to merit protection.

The Blackett Level portal is well-preserved and still functioning. The portal represent a remaining portion of what was once an extensive network of structures associated with an important series of lead mines in the East Allendale Valley. As such the monument provides insight into the technological development of ore mining during the Industrial Revolution.