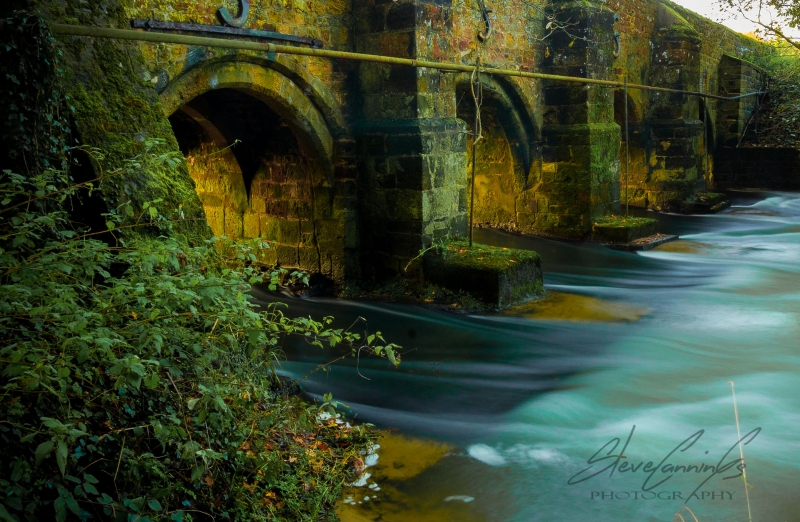 This record was the subject of a minor enhancement on 30th October 2014. The record has been generated from an "old county number" (OCN) scheduling record. These are monuments that were not reviewed under the Monuments Protection Programme and are some of our oldest designation records.

The monument includes a 16th or 17th century multi-span bridge situated over the River Rother, north of Habin.

The bridge is constructed of stone with four semi-circular arches. The two to the south are triple-ribbed but those to the north date to the 18th century and have projecting chamfered keystones. It has five pointed cutwaters on the upstream (west) side and three square cutwaters on the downstream (east) side.

It is Grade II listed.

Multi-span bridges are structures of two or more arches supported on piers. They were constructed for the use of pedestrians and packhorse or vehicular traffic, crossing rivers or streams, often replacing or supplementing earlier fords. Stone or brick bridges constructed from the medieval period onwards were built with pointed, semicircular or segmental arches. The bridge abutments and revetting of the river banks also form part of the bridge. The theory and practice of masonry construction for bridges reached a high point in the 18th century. After this time increasing demand led to quicker builds with the adoption of iron bridges and later metal truss and suspension bridges.

Despite some later alteration and repair work, Habin Bridge survives in good condition and is a good example of its type.