Round barrow south of Edburton 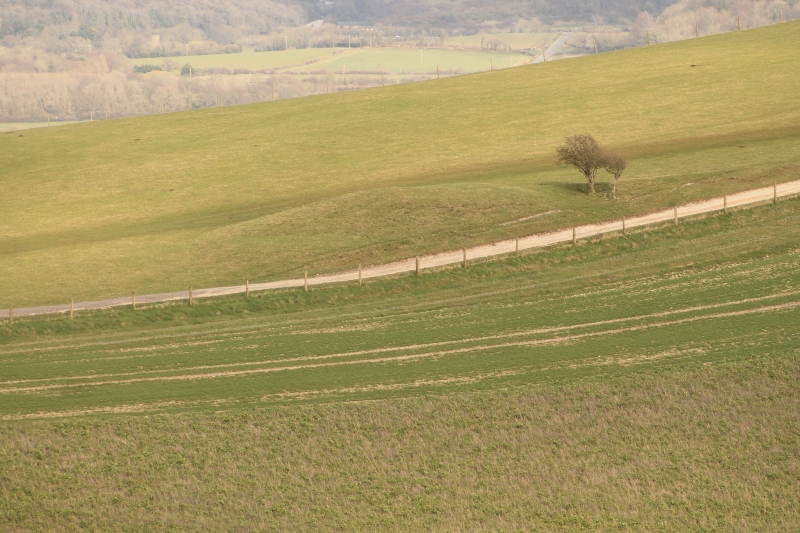 This record was the subject of a minor enhancement on 6 November 2014. The record has been generated from an "old county number" (OCN) scheduling record. These are monuments that were not reviewed under the Monuments Protection Programme and are some of our oldest designation records.

The monument includes a bowl barrow situated near the bottom of the north-facing escarpment of the South Downs, south of the village of Edburton.

The bowl barrow survives as a roughly circular-shaped mound about 11.4m in diameter and 0.7m high.

Bowl barrows, the most numerous form of round barrow, are funerary monuments dating from the Late Neolithic period to the Late Bronze Age, with most examples belonging to the period 2400-1500 BC. They were constructed as earthen or rubble mounds, sometimes ditched, which covered single or multiple burials. They occur either in isolation or grouped as cemeteries and often acted as a focus for burials in later periods. Often occupying prominent locations, they are a major historic element in the modern landscape and their considerable variation of form and longevity as a monument type provide important information on the diversity of beliefs and social organisations amongst early prehistoric communities. They are particularly representative of their period.

The bowl barrow 227m south of St Andrew’s Church survives well and will contain both archaeological and environmental information relating to the barrow and the landscape in which it was constructed.