A Scheduled Monument in Shaugh Prior, Devon 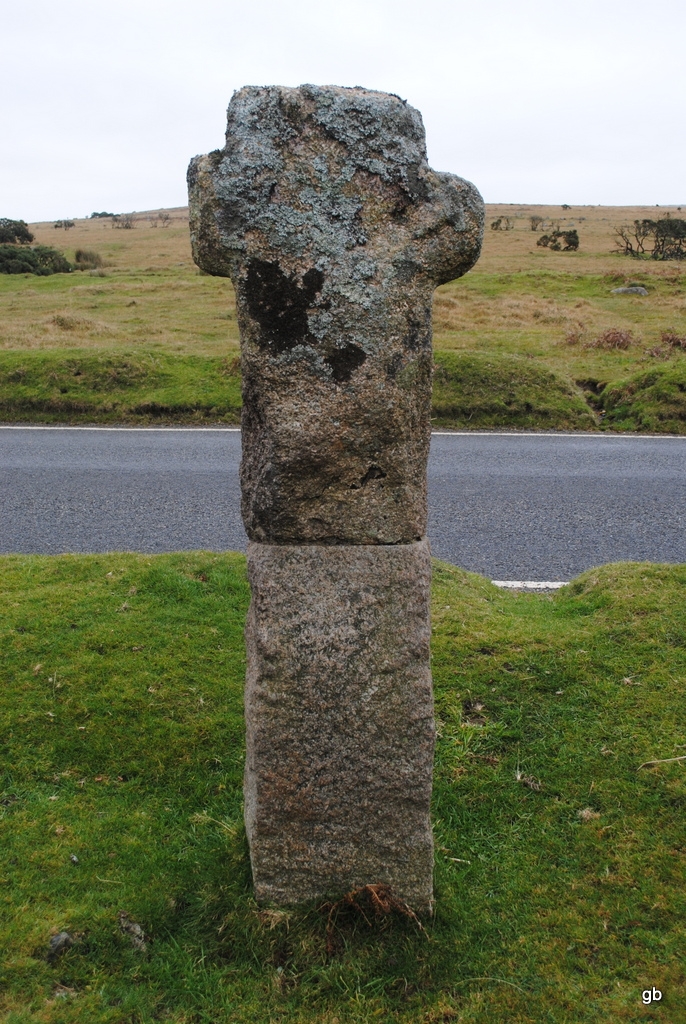 This record was the subject of a minor enhancement on 3 November 2015. The record has been generated from an "old county number" (OCN) scheduling record. These are monuments that were not reviewed under the Monuments Protection Programme and are some of our oldest designation records.

The monument includes a wayside cross situated on the north side of a road on Shaden Moor overlooking the valley of a tributary to the River Plym. The cross survives as the head arms and upper part of a shaft of a medieval cross with a restored lower shaft. The Latin cross was roughly carved from a single piece of granite and rectangular in section. The medieval part is up to 0.9m high and 0.58m wide across the arms. The cross is thought to have marked the route from Plympton Priory to Sampford Spiney.

Further archaeological remains survive within the vicinity of the monument and are the subject of separate schedulings. The cross is Listed Grade II.

Dartmoor is the largest expanse of open moorland in southern Britain and, because of exceptional conditions of preservation, it is also one of the most complete examples of an upland relict landscape in the whole country. The great wealth and diversity of archaeological remains provides direct evidence for human exploitation of the Moor from the early prehistoric period onwards.

The well preserved and often visible relationship between settlement sites, land boundaries, trackways, ceremonial and funerary monuments as well as later industrial remains, gives significant insights into successive changes in the pattern of land use through time. Wayside crosses are one of several types of Christian cross erected during the medieval period, mostly from the 9th to 15th centuries AD. In addition to serving the function of reiterating and reinforcing the Christian faith amongst those who passed the cross and of reassuring the traveller, wayside crosses often fulfilled a role as waymarkers, especially in difficult and otherwise unmarked terrain. The crosses might be on regularly used routes linking settlements, or on routes which might have a more specifically religious function, including those providing access to religious sites for parishioners and funeral processions, or marking long distance routes frequented on pilgrimages.

Over 110 examples of wayside crosses are known on Dartmoor, where they form the commonest type of stone cross. Almost all of the wayside crosses on the Moor take the form of a `Latin' cross, in which the cross-head itself is shaped within the projecting arms of an unenclosed cross. Wayside crosses contribute significantly to our understanding of medieval routeways, settlement patterns and the development of sculptural traditions.

Despite restoration the wayside cross on Shaden Moor, 625m north east of Huxton Farm, survives comparatively well and indicates the affection in which it was held despite the religious and iconoclastic turbulence of the past.