A Scheduled Monument in Tidenham, Gloucestershire 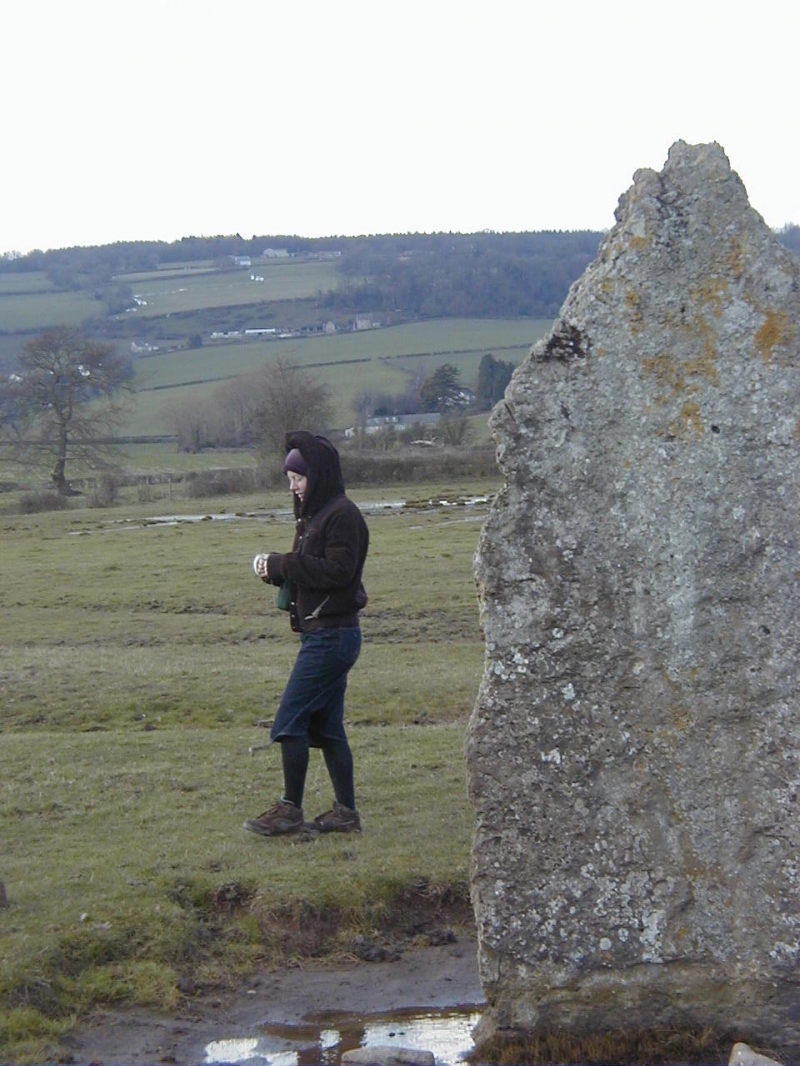 This record was the subject of a minor enhancement on 25 September 2015. The record has been generated from an "old county number" (OCN) scheduling record. These are monuments that were not reviewed under the Monuments Protection Programme and are some of our oldest designation records.

The monument includes a standing stone situated on the northern bank of the River Severn between two inlets known as Horse Pill and Waldings Pill and overlooking Sheperdine Sands. The standing stone survives as an upright earthfast slab of limestone standing to a height of approximately 2.4m and measuring up to 1.8m wide and 0.3m thick at the base and tapering upwards. It is set within a 2m diameter and 0.3m deep erosion hollow which has exposed the series of packing stones around the base.

Standing stones are prehistoric ritual or ceremonial monuments with dates ranging from the Late Neolithic to the end of the Bronze Age for the few excavated examples. They comprise single or paired upright orthostatic slabs, ranging from under lm to over 6m high where still erect. They are often conspicuously sited and close to other contemporary monument classes. They can be accompanied by various features: many occur in or on the edge of round barrows, and where excavated, associated subsurface features have included stone cists, stone settings, and various pits and hollows filled in with earth containing human bone, cremations, charcoal, flints, pots and pot sherds. Similar deposits have been found in excavated sockets for standing stones, which range considerably in depth. Several standing stones also bear cup and ring marks. Standing stones may have functioned as markers for routeways, territories, graves, or meeting points, but their accompanying features show they also bore a ritual function and that they form one of several ritual monument classes of their period that often contain a deposit of cremation and domestic debris as an integral component. No national survey of standing stones has been undertaken, and estimates range from 50 to 250 extant examples, widely distributed throughout England but with concentrations in Cornwall, the North Yorkshire Moors, Cumbria, Derbyshire and the Cotswolds. Standing stones are important as nationally rare monuments, with a high longevity and demonstrating the diversity of ritual practices in the Late Neolithic and Bronze Age.