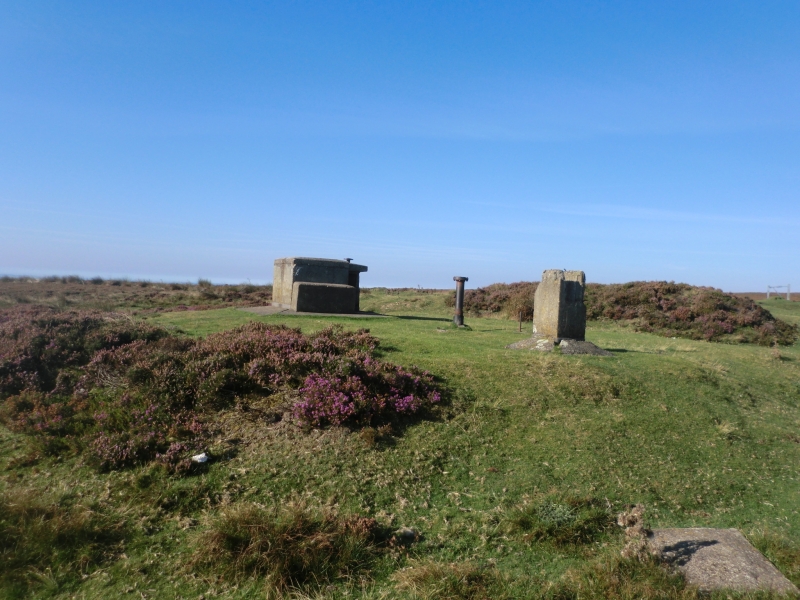 Iron has been produced in England from at least 500 BC. The iron industry,
spurred on by a succession of technological developments, has played a major
part in the history of the country, its production and overall importance
peaking with the Industrial Revolution. Iron ores occur in a variety of forms
across England, giving rise to several different extraction techniques,
including open casting, seam-based mining similar to coal mining, and
underground quarrying, and resulting in a range of different structures and
features at extraction sites. Ore was originally smelted into iron in small,
relatively low-temperature furnaces known as bloomeries. These were replaced
from the 16th century by blast furnaces which were larger and operated at a
higher temperature to produce molten metal for cast iron. Cast iron is
brittle, and to convert it into malleable wrought iron or steel it needs to be
remelted. This was originally conducted in an open hearth in a finery forge,
but technological developments, especially with steel production, gave rise to
more sophisticated types of furnaces. A comprehensive survey of the iron and
steel industry has been conducted to identify a sample of ten sites of
national importance that represent the industry's chronological range,
technological breadth and regional diversity.
Iron ore occurs in two main chemical forms, as a carbonate and as an oxide.
The carbonate ores require calcining (roasting) to drive off carbon dioxide,
converting the ore into an oxide before it can be smelted to produce iron or
steel. Calcining also improves the ore for smelting by driving off water and
other volatile substances, and by breaking the ore into smaller fragments. The
earliest and simplest method of calcining was to pile ore and fuel into a heap
known as a clamp, and then to set light to it. The sites of clamps can
sometimes be recognised by deposits of gritty red or purple calcine dust, also
known as fines. Although clamps were used into the 20th century in some areas,
they were generally replaced with calcining kilns from the 17th century, as
these were found to require less fuel. Initially similar to lime kilns, they
were typically stone-built structures which were loaded from the top, with the
calcined ore drawn out through an arched opening at the base. In the 19th
century, kiln design developed, employing new materials such as fire-brick and
ironwork. There were two principal forms of kiln. Both operated in a similar
manner, but had different interior shapes. One was rectangular or elliptical
in plan, with an inverted cone-shaped cross section and two or more arched
openings along its base through which the calcined ore was drawn. The second,
known as the Gjers type, was circular in plan, narrowing to both top and
bottom in cross section. Both operated continuously, with ore and fuel loaded
at intervals in the top and the calcined ore drawn out from the bottom.
Calcining frequently took place close to where the ore was smelted, and
sometimes actually at the mine, especially where transportation costs were a
major factor, because calcining both reduced the weight of the ore by between
15 and 50% and increased its value. Because of their ephemeral nature,
evidence of calcining clamps of any date rarely survive. Thus any sites with
confirmed remains in addition to calcine dust are considered to be of national
importance. Kilns are a more common survival, and a representative sample of
better preserved calcining kilns, illustrating the range of different designs,
are considered to merit protection. Those retaining remains of associated
mining and/or smelting complexes are considered to be of particular
importance.

The ironstone mines of the North York Moors and the Cleveland Hills were of
great national economic importance. A sample of the better preserved sites,
including a representative range of extraction techniques and structures, are
considered to merit protection.
Rosedale witnessed an explosion in iron mining in the mid-19th century, its
population increasing from 548 in 1851 to 2839 in 1871. This has left an
extensive industrial landscape across and around Rosedale which is amongst the
best iron mining landscapes known nationally. The monument forms an important
and well preserved core area of this wider landscape. The mining boom started
with the Hollins Mine magnetite deposits. The Bank Top calcining kilns are
also thought to be the earliest of the three sets of kilns within the dale and
are the only ones retaining their associated tips of waste calcine dust. The
incline linking the mine to the kilns forms a striking landscape feature which
also retains remains of its winding house and associated features. The whole
monument forms a well preserved complex which aids our understanding of the
way in which the kilns functioned.